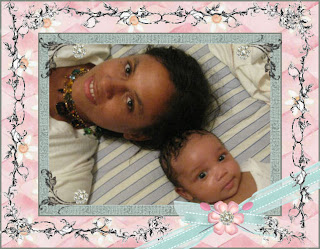 This is the most current photograph of my eldest daughter, Shana

who will be 3 months old in about 3 days.

It is embellished by my friend Mary because I am

clueless when it come to using any photo type editing program : (

It is a beautiful sunny, with a slight breeze here in Southern California.

The birds are chirping, wind chimes are melodic as the leaves of the fully grown Ficus trees sway in the wind.

So many great blogs and the photographs and the wondrous words have me captivated.

So, dear ones, enjoy this wonderful day and keep your loved one's close to your heart!!!

This morning I read the most beautiful posting from this blog:

the tears flowed from me even on the 2nd reading.

I had to go and look up 'Angelman Syndrome'

There is a wealth of information on the Internet.

It is NOT that unknown.

permission to post it here. She was kind enough to tell me yes : )

Sometimes, I complain about all of my maladies and then I read about

a wonderful woman and her family. I am pulled up short and know how lucky

and fortunate to meet people of this caliber on our blogs : ) 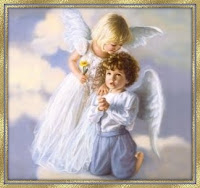 This brown curly haired bow Angel makes me think of her son!!!

He has his Angel with him!!!

When I read passages about women of this caliber it makes my heart swell!!!

So, this beautiful day I dedicate to June. She is wonderful!!!

Thank you for sharing with us, June!!!

Love and Peace to everyone

My Artful Adventures Give Away 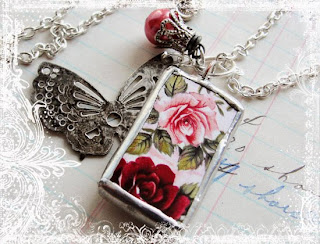 This charm and necklace is the lovely prize!!!
So please click on the above photo and enter her
giveaway.
My Artful Adventures Zine Celebration Give Away 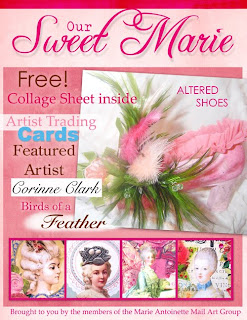 My Artful Adventures Wonderful Give Away

Is this zine just too beautiful or what?

Please click on the above links to go to her blog

to enter her Give Away.

You will be able to click on her link

Posted by a Bohemian Market at 8:56 AM 7 comments:

Well, if I do not have a tumultuous life, no one does : )
An emergency, non life threatening, no health issues and not serious
yet I will be gone and am not sure when I will have Internet access
at my disposal.
I will not be in Canoga Park, where all of my belongings are, including my storage, so I will not be able to list anything for sale on Etsy : (
Please keep me in your thoughts, hearts and prayers.
Peace & Love
carole

Edgar Allen Poe is one of my most favorite authors.

I still can get tingles down my spine reading his books.

I am posting the entire article I found on Yahoo news because I think it is a nice honor and long overdue!!! 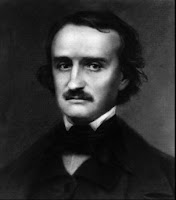 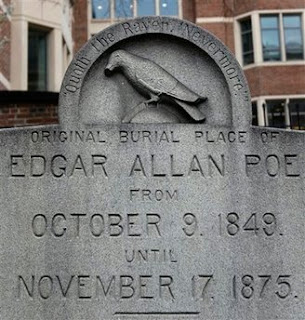 BALTIMORE – For Edgar Allan Poe, 2009 has been a better year than 1849. After dozens of events in several cities to mark the 200th anniversary of his birth, he's about to get the grand funeral that a writer of his stature should have received when he died.
One hundred sixty years ago, the beleaguered, impoverished Poe was found, delirious and in distress outside a Baltimore tavern. He was never coherent enough to explain what had befallen him since leaving Richmond, Va., a week earlier. He spent four days in a hospital before he died at age 40.
Poe's cousin, Neilson Poe, never announced his death publicly. Fewer than 10 people attended the hasty funeral for one of the 19th century's greatest writers. And the injustices piled on. Poe's tombstone was destroyed before it could be installed, when a train derailed and crashed into a stonecutter's yard. Rufus Griswold, a Poe enemy, published a libelous obituary that damaged Poe's reputation for decades.
But on Sunday, Poe's funeral will get an elaborate do-over, with two services expected to draw about 350 people each — the most a former church next to his grave can hold. Actors portraying Poe's contemporaries and other long-dead writers and artists will pay their respects, reading eulogies adapted from their writings about Poe.
"We are following the proper etiquette for funerals. We want to make it as realistic as possible," said Jeff Jerome, curator of the Poe House and Museum.
Advance tickets are sold out, although Jerome will make some seats available at the door to ensure packed houses. Fans are traveling from as far away as Vietnam.
The funeral is arguably the splashiest of a year's worth of events honoring the 200th anniversary of Poe's birth. Along with Baltimore — where he spent some of his leanest years in the mid-1830s — Poe lived in or has strong connections to Boston, New York, Philadelphia and Richmond.
With the funeral angle covered, the Edgar Allan Poe Museum in Richmond staged a re-enactment last weekend of his death. Those with a more academic interest in Poe can attend the Poe Studies Association's annual conference from Thursday through Sunday in Philadelphia.
Visitors in Baltimore for the funeral can enjoy a new exhibit at the Baltimore Museum of Art, "Edgar Allan Poe: A Baltimore Icon," which includes chilling illustrations to "The Raven" by Edouard Manet.
Baltimore has a decided advantage over the other cities that lay claim to Poe, notes BMA director Doreen Bolger. "We have the body," she said.
This week, that's true in more ways than one. Jerome said he's gotten calls from people who thought he was going to exhume Poe's remains and rebury them.
"When they dug up Poe's body in 1875 to move it, it was mostly skeletal remains," Jerome said. "I've seen remains of people who've been in the ground since that time period, and there's hardly anything left."
Instead, Jerome commissioned local special-effects artist Eric Supensky to create an eerily lifelike — or deathlike — mock-up of Poe's corpse.
"I got chills," Jerome said Monday upon seeing the body for the first time. "This is going to freak people out."
The body will lie in state for 12 hours Wednesday at the Poe House, a tiny rowhome in a gritty section of west Baltimore. Visitors are invited to pay their respects.
Following the viewing will be an all-night vigil at Poe's grave at Westminster Burying Ground. Anyone who attends will have the opportunity to deliver a tribute.
On Sunday morning, a horse-drawn carriage will transport the replica of Poe's body from his former home to the graveyard for the funeral.
Actor John Astin, best known as Gomez Addams on TV's "The Addams Family," will serve as master of ceremonies.
"It's sort of a way of saying, 'Well, Eddie, your first funeral wasn't a very good one, but we're going to try to make it up to you, because we have so much respect for you,'" said Astin, who toured as Poe for years in a one-man show.
The service won't be a total lovefest, however. The first eulogy will come from none other than Griswold.
"People are asking me, 'Jeff, why are you inviting him? He hated Poe!'" Jerome said. "The reason is, most of these people defended Poe in response to what he said about Poe's life, so we can't have this service without having old Rufus sitting in the front row, spewing forth his hatred."
Eulogies will follow from actors portraying, among others, Sarah Helen Whitman, a minor poet whom Poe courted after his wife's death, and Walt Whitman, who attended the dedication of Poe's new gravestone in 1875 but didn't feel well enough to speak. Writers and artists influenced by Poe, including Arthur Conan Doyle and Alfred Hitchcock, will also be represented.
Jerome expects to cry — one reason he won't be speaking. Even his rivals are impressed with the scale of the tribute.
"Annoyed as I am with Baltimore sometimes, I have to give them credit," said Philadelphia-based Poe scholar Edward Pettit, who argues his city was of greater importance to Poe's life and literary career. "Baltimore has done an awful lot to maintain the legacy of Poe over the last 100-some years."

Posted by a Bohemian Market at 7:21 AM 2 comments:

Email ThisBlogThis!Share to TwitterShare to FacebookShare to Pinterest
Labels: Edgar Allen Poe, The Fall of the House of Usher, the raven, THE TELL-TALE HEART

Mary at Isabella's Closet blog has made mine for years.
I still do not have a clue how to do it myself : (
First I want to learn how to add frames to my photos.

Here is her link to the Marvelous Banners she creates.

The cute happie child's drawing on the right side of my blog is Tommie; the lady that designed and carved my purple bird stamp. She is on maternity leave as her little girl is due this month and she is so excited!!!
This is the banner for my Etsy shop
"aBohemianMarket.etsy.com".

I ordered a hand carved bird stamp and all of a sudden I want "birds" in my life : )

When it arrives I will blog about it and give you the Etsy shop in my post.

I am taking photos, writing descriptions and just happily busy getting my shop ready to be open with more than a roll of ribbon : )
Have a wonderful evening!!!

Posted by a Bohemian Market at 6:15 PM 9 comments: